Many people come to Mumbai for their dreams. They think this city can fulfill their dreams. People get connected to city’s busy life Mumbai is known for its glamour. Along with glamour it is also known for places for good food whether its street food, good restaurants or hotels.

Whether it’s day or night city doesn’t sleep. In this busy schedule street food in Mumbai has made its place in people heart.

It’s not only for taste but many people rely on these foods in their struggling phase. so if you are new to the city below are 7 popular street food in Mumbai.

Vada Pav – Whenever I think of street food in Mumbai first thing that comes to my mind is Vada Pav. Vada Pav is very popular street food in Mumbai. People love to eat vada pav as morning breakfast or in lunch or snacks or at dinner. Vadas are made with mashed boiled potatoes with garlic, green chillies, curry leaves, coriander leaves, besan (gram flour) as main ingredients. Sukha garlic-coconut chutney along with salted fried green chillies and chutneys are served with vada pav. 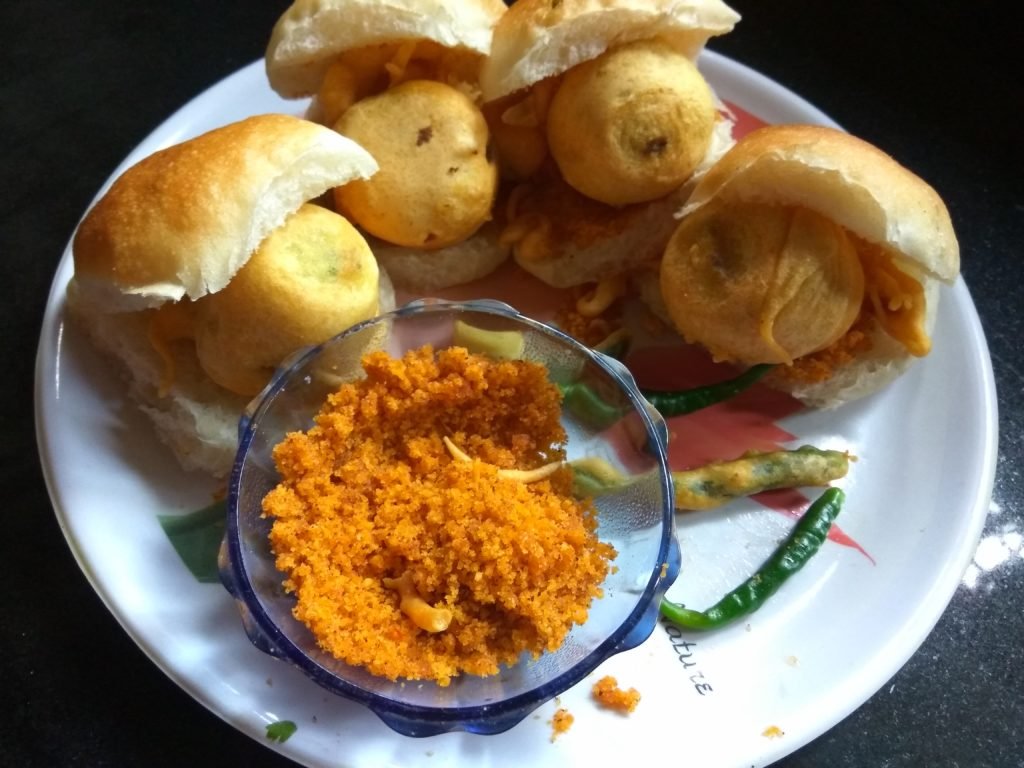 Pani Puri – Pani Puri is almost everyone’s favorite. Cooked chickpeas or boiled potato or sprouts or salted boondies are first put into crispy puries and then filled with tangy, spicy chatpata water which makes it just awesome. There are variations in pani puri but all of them are mouthwatering. Pani puri lovers hangout with their friends, relatives to eat pani puri. Pani puri lovers also have pani puri competition. 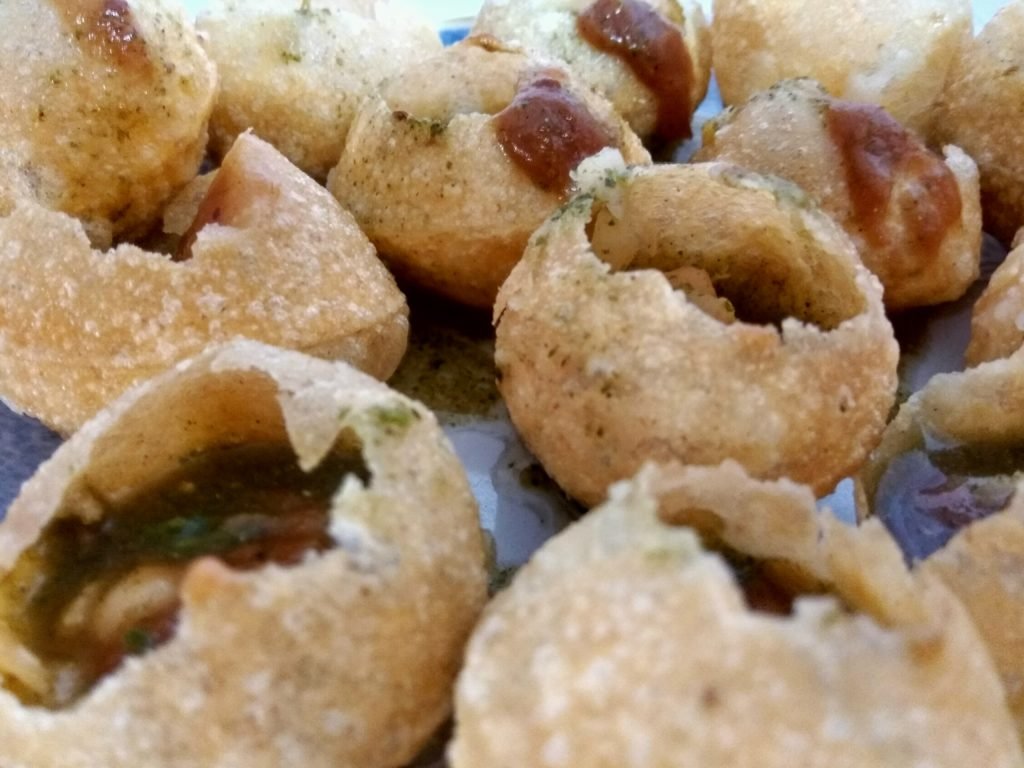 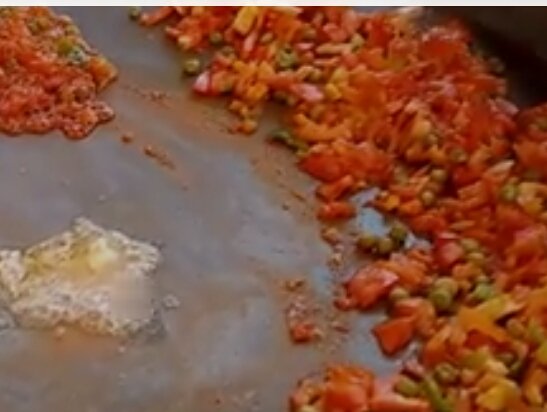 Dabeli – Dabeli is also one of the popular street food in Mumbai which was originated in kutch. Dabeli filling has mashed potato cooked with spices, topped with pomegranates, grapes, fresh coriander leaves then roasted peanuts in masala and sev on top of it. Pav is cut horizontally in the centre and then tamarind chutney and garlic chutney are applied to the pav and then dabeli filling is put inside the pav and pav is heated with butter on it. Butter melts on the pav making Dabeli little crunchy and crispy from outside with soft mashed potatoes, little juicy because of grapes and pomegranates, peanuts give nutty texture and taste with sev and coriander leaves altogether just amazing taste. 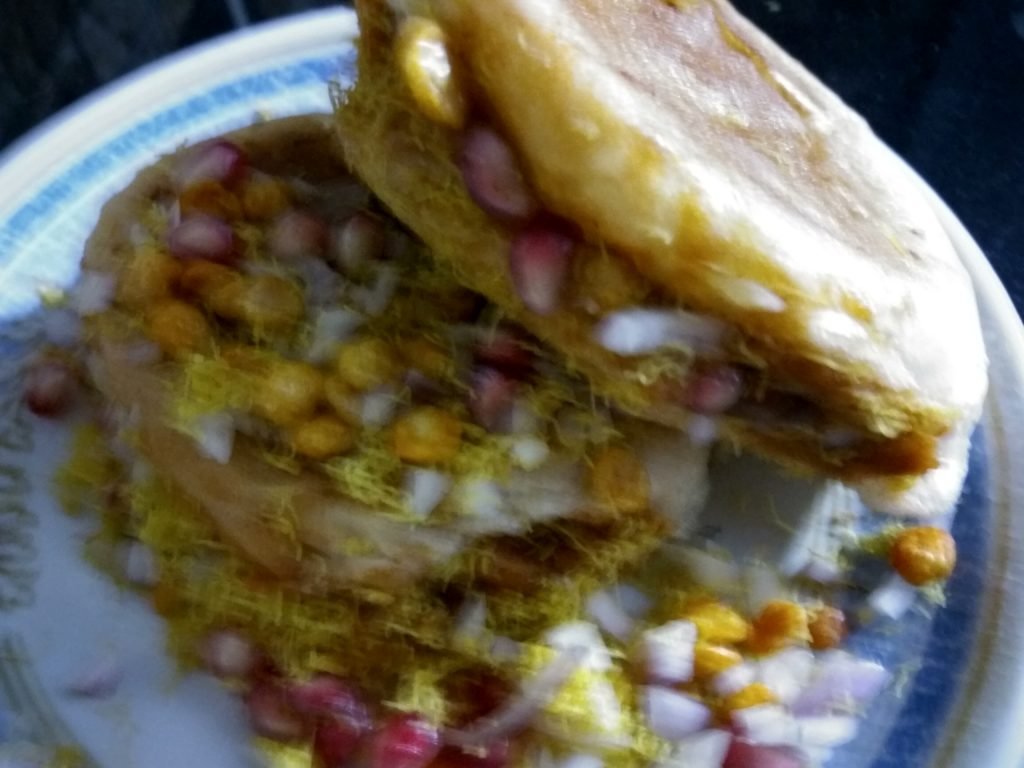 Egg Bhurji Pav – There are many popular places in Mumbai to eat bhurji pav. This dish is very quick, easy and tasty made with few ingredients easily available. Egg, onion, tomato are the main ingredients. Egg bhurji pav is stomach filling dish hence used as breakfast, lunch, snack or dinner. 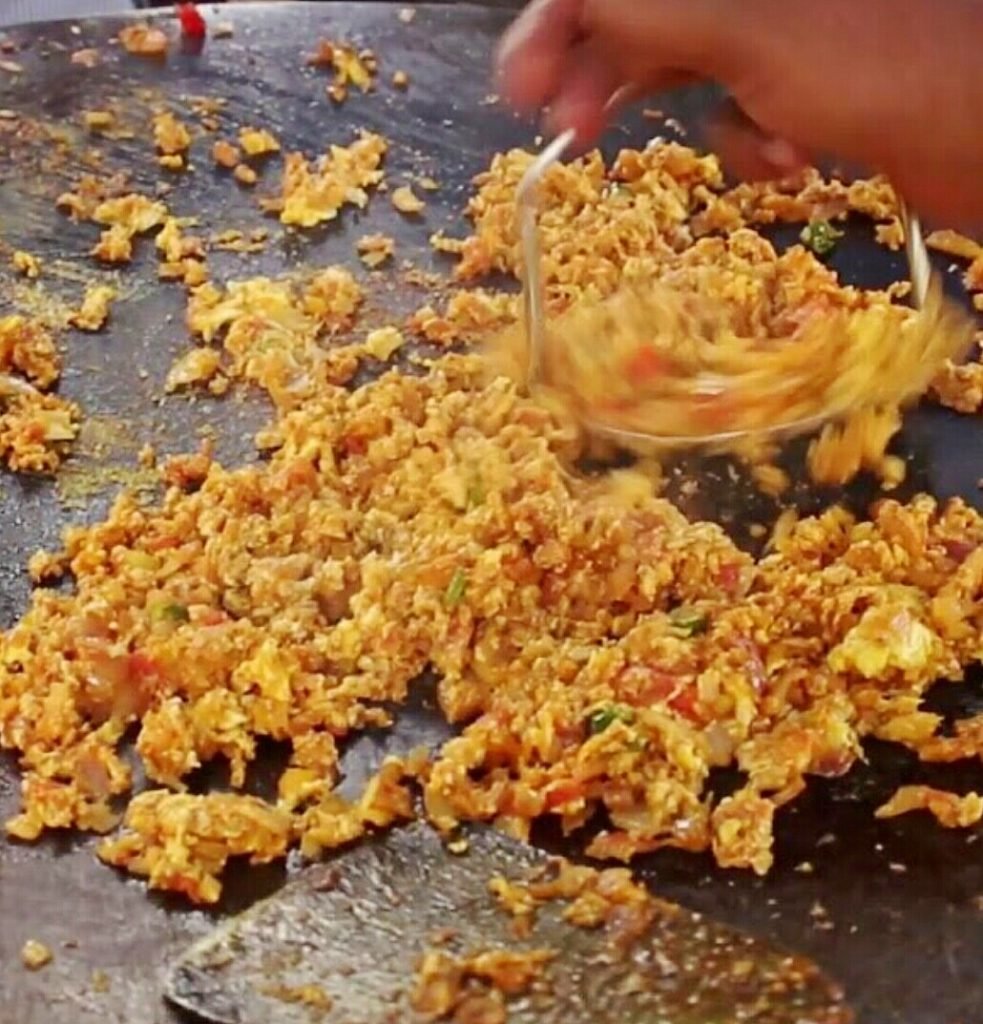 Dosa – Most popular among street food. Dosa is South Indian dish made with fermented batter. Rice and black gram ( urad dal) are main ingredients. Dosa is similar to crepe crispy like wafer from outside with filling served with coconut chutney and sambar. There are varieties of dosas available on stalls on streets sada dosa, masala dosa, mysore masala dosa, chinese dosa, etc. 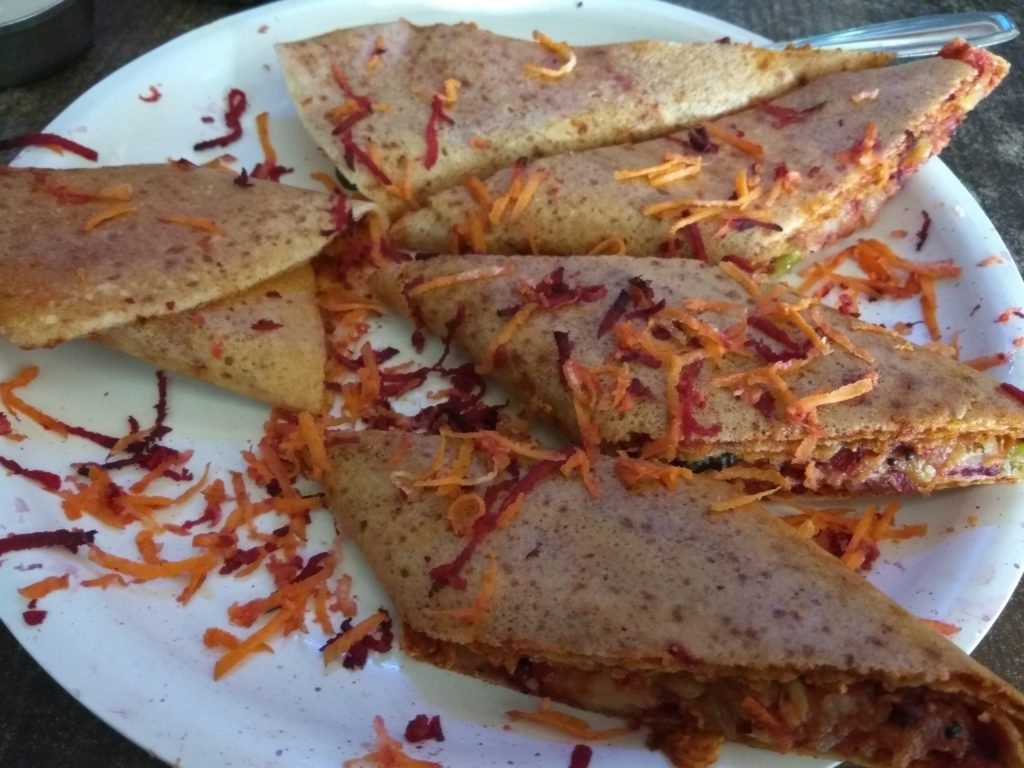 Bombay Toast Sandwich – Sandwich mashed potato masala is prepared which placed between two slices of bread along with tomato, cucumber, capsicum and onion thin slices. Inner Slices of bread are applied with butter and green sandwich chutney. Sandwich is then toasted with the help of toaster and toped with sauce. You will enjoy sandwich hot with chutney inside bread and juicy salad. 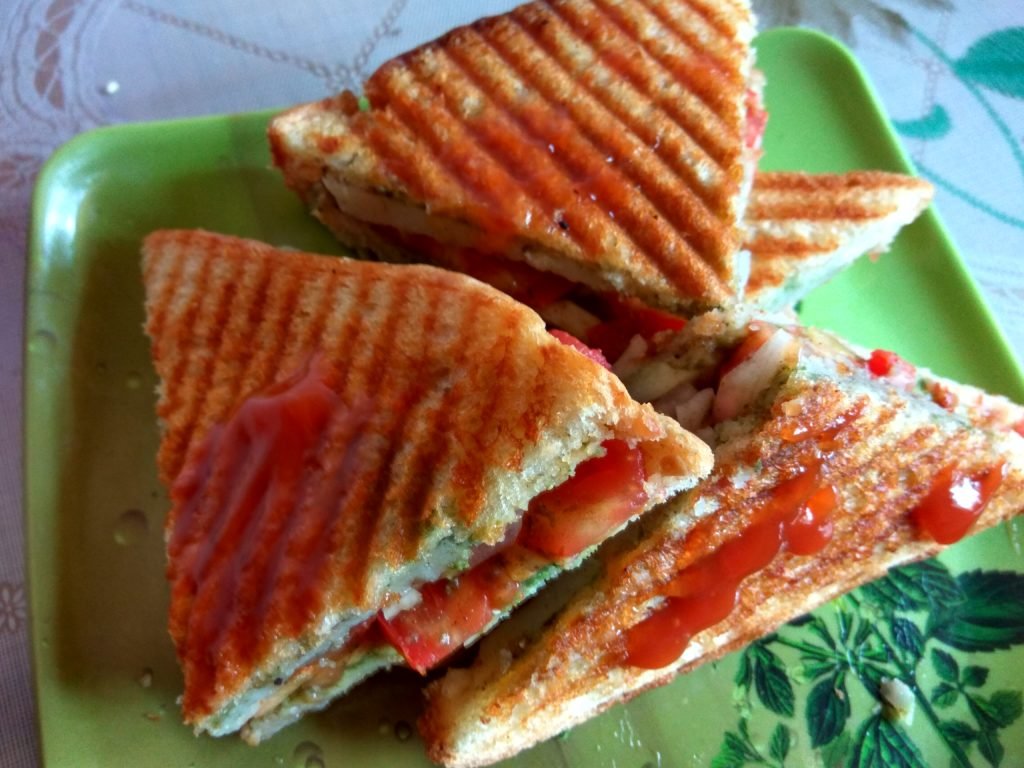 Cheesy Macaroni With Corn And Broccoli