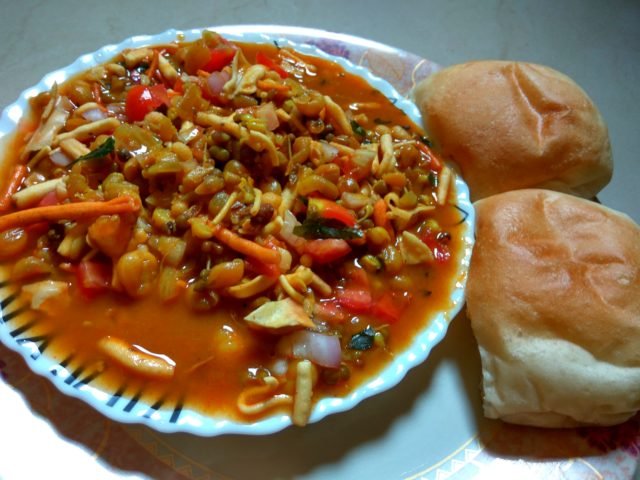 Missal pav is very popular street food all over in India. For missal pav first ussal is prepared and then chopped onion, chopped tomatoes, green chillies and farsan is added ( mixed) to the ussal hence it is called missal. Missal is served with pav. Missal pav is used in breakfast but as it is heavy breakfast many people use it in dinner or launch also.
Ussal is prepared in different ways using moong and matki sprouts or using brown chana sprouts, white peas, chauli etc.
Missal pav is usually spicy and more oil is used in the recipe. Missal pav of nashik is very popular. Kolhapuri missal pav is made with kolhapuri masala.

Missal pav recipe which I m sharing is not that spicy however you can adjust the spice according to your taste.

Heat 3 tablespoon oil in a kadhai.
Put pinch of cumin seeds.
Once cumin seeds starts cracking add chopped onion and stir.
Allow onion to cook till light brown.
Now add crushed 6-7 garlic to it.
Put crushed 1/2 inch piece of ginger, stir and let it cook for a while till raw flavor of ginger garlic is gone.
Add 1 chopped tomato, 1/2 teaspoon turmeric powder and cook till tomato is soft.
Now add sprouted moong and matki and stir.
Put 1 teaspoon coriander powder, 1 teaspoon red chilly powder and mix. Let it cook for 5 mins.
Now add boiled white peas to it and mix.
Add salt as per your taste.
Add garam masala. I m using here 2 tablespoon sambhar masala. You can use kolhapuri masala or malvani masala. You can also make it with only coriander and red chilly powder ( add 1 teaspoon more coriander powder and red chilly powder) if you don’t want to use other masala.
Mix it properly and let it cook for more 2 mins and add water to it as per your consistency.
Usually missal has thin curry consistency. Adjust water according.
Let ussal cook for more 10-15 mins. After 10-15 mins switch off the flame. 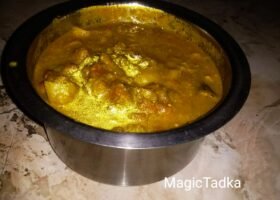 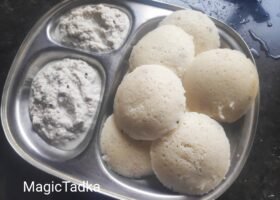 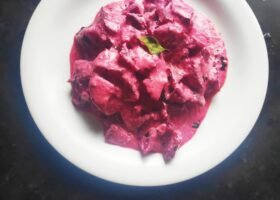 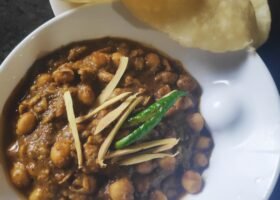 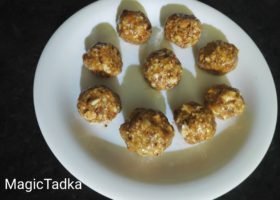 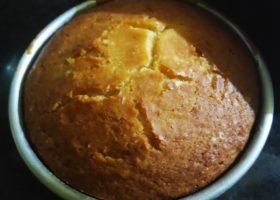